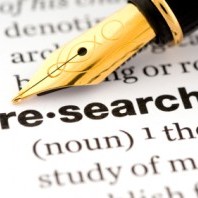 Why this happens? Most of the human intellectual process is not properly documented, people could not access information so easily in the past when they were naming things.

But there is an interesting phenomenon: Even if we discover that someone else published the results before the person we thought as the original discoverer, sometimes we still do not change the naming, we do not talk about the “new” guy as much as the “old” one. It is very difficult to change the habits.

In this post, I wanted to give some examples related to IE/OR:

Assemby line: Today most students who took IE/OR courses associate assembly lines with Henry Ford. Henry Ford did not invent the assembly line, it is a very old technology.

Karush–Kuhn–Tucker conditions: Today we know that Karush published these conditions before Kuhn and Tucker, but we still call them Karush-Kuhn-Tucker conditions, why not call them only Karush conditions? Winston’s market-leading textbook “Operations Research” does not even mention Karush. Ironic thing is that, Kuhn in 1976 himself recognizes that Karush did the work before him:

Result just stated is customarily called the Kuhn-Tucker conditions. The following quotation from Takayama [11] gives a more accurate account of the history of these conditions:

“Linear programming aroused interest in constraints in the form of inequalities
and in the theory of linear inequalities and convex sets. The Kuhn-Tucker study
appeared in the middle of this interest with a full recognition of such developments. However, the theory of nonlinear programming when the constraints are
all in the form of equalities has been known for a long time – in fact, since Euler
and Lagrange. The inequality constraints were treated in a fairly satisfactory
manner already in 1939 by Karush. Karush’s work is apparently under the inﬂuence of a similar work in the calculus of variations by Valentine. Unfortunately,
Karush’s work has been largely ignored.”

(…) As a struggling graduate student meeting requirements for going on to
his PhD, the thought of publication never occurred to Karush and he was not encouraged
to publish by Graves. Also, at that time, no one anticipated the future interest in these
problems and their potential practical application.

Kjeldsen says that F. John, and possibly Ostrogradsky and Farkas worked on this problem before.

Linear Programming: I think most student’s will think that LP was invented by George Dantzig. We know that Leonid Kantorovich came up with the idea of linear programming in 1939. Quoting from Encyclopedia of computer science and technology Volume 10 page 38:

“Dantzig in his paper at the TIMS/ORSA meeting alluded to the contributions in economic planning made by the Russian Leonid Kantorovich in the late 1930’s. (…) The work of Kantorovich was not known in this country until the mid-1950’s when Koopmans translated and published his major work.”

Prim’s algorithm: I think most IE/OR/MS students know this algorithm.  Vojtěch Jarník discovered this algorithm before Prim. Borůvka formulated one of the oldest and simplest algorithms for minimum spanning trees.