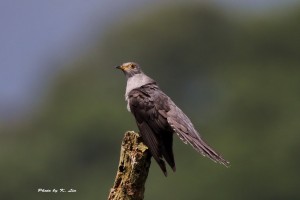 After reading this blog post, I thought it would be a good idea to discuss some new metaheuristics inspired by nature.

Xin-she Yang developed the algorithm in 2009. Inspired by some cuckoo species which lay their eggs in the nests of other birds. Logic is like this:

H. Shah-Hosseini proposed the method in 2007. Algorithm inspired from the fact that natural rivers find almost optimal paths to their destination. These near optimal or optimal paths follow from actions and reactions occurring among the water drops and the water drops with their riverbeds. Applications to can be seen at Hosseini’s website.

Osman Erol and İbrahim Eksin developed the algorithm in 2005. Algorithm consists of two phases: Big Bang and Big Crunch. In the Big Bang phase random points are generated and they shrink to a single representative point via a center of mass or minimal cost approach in the Big Crunch phase. Big Bang and Big Crunch have similar characteristics in physical cosmology. In order to produce a solution, algorithm should be applied several times sequentially. Authors show that this method is superior to genetic algorithms.