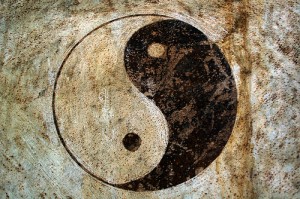 I always wondered “Why would someone try to construct a dual problem?” When I was doing research for my past blog post “Forgotten Scientists“, I accidentally found my answer. Kuhn says that duality should have these two elements:

Here is a problem posed by Fermat early in the seventeenth century:

“Given three points in the plane, ﬁnd a fourth point such that the sum of its distances to the three given points is a minimum.”

Here is the solution:

“In the three Sides of an equiangular Field stand three Trees, at the Distances of 10, 12, and 16 Chains from one another: To ﬁnd theContent of the Field, it being the greatest the Data will admit of?”

“Given any triangle, circumscribe the largest possible equilateral triangle about it.”

Kuhn concludes the section with this:

The credit for recognizing this duality, which has all of the elements listed above, appears to be due to Vecten, professor of math´ematiques speciales at the Lycee de Nismes. Until further evidence is discovered, this must stand as the ﬁrst instance of duality in nonlinear programming!

I could not find anything about Vecten other than his articles in Annales de Gergonne, mathematical journal published by Joseph Diaz Gergonne.

Soltan et al. in “Geometric Methods and Optimization Problems” write that it is correct to call this result Vecten-Fasbender duality, because E. Fasbender indepenently proved the same result in 1846.

It was interesting to learn that a geometrical problem was crucial in the formation of duality concept.