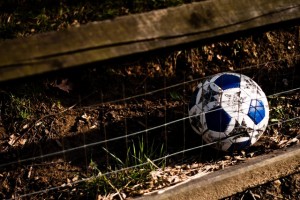 Football -aka soccer, the European football- is one of the most popular sports in the world. By having ambitious and successful teams, numerous supporters and perhaps the first and foremost unbelievably high budgets, football should be in the interest of Operations Researchers. Although OR practitioners often focus on different topics than sports, due to its popularity, we may need to be more active in this area.

First of all, congratulations to Spain for winning Euro 2012. I think it is best to talk about football while it’s hot. As any topic in real life, there are numerous opportunities in football that OR people can be involved. There have already been some research about these problems. I will briefly give some interesting studies in OR based on football.

Latest issue of Interfaces journal is about Analytics in Sport, (part 2) sport scheduling. So our first type of problem is scheduling. There are various studies about sport scheduling. I would like to share with you that an article titled “Operations Research Techniques for Scheduling Chile’s Second Division Soccer League” is performed by Durán et al. focus on applying OR Techniques for Soccer Scheduling. In this study, due to geographical challenges and restrictions, such a model is useful to find feasible schedules. Model is even detailed to prevent scheduling a home game if there is already a major event in the city. There are break, geographic, place, game and pattern constraints for schedule. What I like about this study is, the model is used for seasons between 2007-2010.

Second type of problem considered in OR is referee assignment. In September 2008 issue of Computers & Operations Research, a paper titled “Fair referee assignments for professional football leagues” is published. In referee assignment, there are some studies of Alexandre R. Duarte, however the number of research is a few in number.

Another interesting type of problem is measuring the effectiveness of football teams. A good instance to our third problem is by Haas, “Productive Efficiency of English Football Teams—A Data Envelopment Analysis Approach” (Managerial and Decision Economics, 24, 403-410.) By using talent and capabilities as input, and points won and revenue as output, efficiency for Premier League teams are measured. Maybe supporters opposes this result, but study shows that despite its 2nd ranking, efficiency of Arsenal is surprisingly bad for 2000/2001 season. If currently you don’t have a team to support, you may analyze the efficiency of the teams in the league and select the best one. According to result of 2000/2001 season of Premier League, supporting Ipswich Town may be better for OR people, as efficiency is important than success sometimes.

Well, another interesting study uses network theory to analyze the performance of soccer teams. You can read entire paper (“A network theory analysis of football strategies” by Pena and Touchette) from here.

They used data of 2010 World Cup, by using different measures, they calculate (1) relative importance of a player, (2) popularity of a player and (3) effect of removing a player from game. As speak to myself, I like the idea of applying network theory to players on the pitch. As they indicated at the conclusion, accuracy of passes could be added to this research for a detailed analysis. I think, this study could be beneficial for coaches to decide substitutions. We may establish an OR Football Team -perhaps an OR League- which uses results of all these studies.

At the end of my post, I would like to mention about two studies. One of the earliest study for applying OR to athletic sports is conducted at 1954 by Charles M. Mottley. Although it is one of the earliest, citation number of the article is around 11, considerably low compared to the number of articles in this topic. Ahmet indicated that he could be another Forgotten Scientist.

If you like the topic, there is a review paper “50 years of OR in sport” by MB Wright which a comprehensive summary of OR in sport for last 50 years and talks about next 50 years for future studies. I would like to end my post with a quotation from this paper;

As for a totally new field of endeavour for sports-related OR, how about using it in conjunction with psychology? Most sport is said to be played within the minds of its participants—could OR help fine tune those minds for better performance? Now there’s a challenge!