Facebook is Losing Its Popularity: Optimal Time to Move 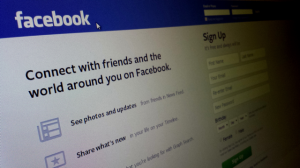 Like every service we use, it wasn’t hard to guess the that eventually Facebook is going to lose its popularity. Like its numerous previous rivals (MySpace, Hi5) every such service reaches a peak number of users and then dies out with the changing conditions. Although we still don’t know the expiration date of it, there is a research that argues Facebook will lose 80% of their users in 3 years. In their article John Cannarella and Joshua A. Spechler use a disease spread model to explain “infection” and “abandonment” states for the Facebook users. They benefit from Google search history and by use an epidemiological model to show why Facebook will lose their users fast. There are some other studies that depict the fact that Facebook will miss its bright days. One of them argues that especially young active users already start to fled. They say that more than 11 million young people left Facebook since 2011. They establish the argument based on the estimated reach of the social ads’, provided by Facebook. However, 11 million is still small amount considering the fact that Facebook has 1.19 billion users. Some other studies show that young users finds Twitter and Instagram are more useful than Facebook and consider it as “dead and buried”. The charts shows the loss of young users in Facebook. Copyright: iStrategyLabs

I believe that Facebook will lose its popularity eventually but not so fast. It will be surprising to see if Facebook will lose 80% of its base users just in 3 years. There are two reasons why I think in this way. First, people are using Facebook for different purposes. For instance, my parents use it to play games.  I feel a decrease in involvement, and even if considering that young people are leaving, there are still active users which has no intention to go. The other point is that total number of users of MySpace declined at that time, basely because of the rise of Facebook. Unless there is another social platform that can take its place, it is hard to believe that people will leave soon.

So, what’s the optimal time to move? I am not an active Facebook user since December 2012 but even I feel the decrease in involvement in terms of photos and status shared by others. I leave my Facebook account open as an address book to communicate with my friends but my cause is getting weaker day bay day. Since there’s still not a good alternative to what Facebook provides, it’s meaningful to stay unless you feel a big movement to a new service. Meanwhile it makes sense to start using other popular services like Twitter, Instagram, Pinterest if you haven’t tried yet.

Modeling the social media sounds really interesting. For those who wants to learn more there is a book “Social Media Modeling and Computing” from Springer. But be quick, if the models I mentioned are accurate, your research paper that studies the future of Facebook can become history at the time it finally appeared in a journal.