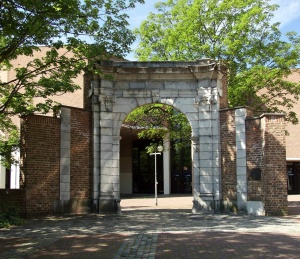 OR 2014 – a short name for International Conference on Operations Research and Business Analytics was the annual meeting for the German OR Society. It was held from Sept. 3-5 in the beautiful city of Aachen, in western Germany. This year’s edition was a huge success, both in terms of participation – close to 900 participants – and venue. All the proper ingredients for a great conference were there, even uncertain ones like nice weather!

Like many national meetings, OR 2014 had talks on many different topics which covered a wide range of techniques and problems. Parallel sessions had between 24 and 28 tracks so there was plenty of choice of what to attend. Tracks are composed of 3 25-minute talks, usually either centered on a type of problem (such as production planning or network design) or around a methodological topic (such as stochastic programming or convex optimization). Having that much choice is great because you have the opportunity to wander around and learn about new themes – that is, unless you are totally committed to a single topic.

I have often found that the social program of the very large conferences was lacking. OR 2014 was the exception to that rule, proposing a good mix of different venues, activities, food and atmospheres, from the welcome reception to the conference dinner. The 30-minute breaks between sessions made it possible to discuss with colleagues or just catch up with emails and not worry too much about missing the next round of talks. It was possible to join a guided tour of the Dom, Aachen’s mighty cathedral. There was also a business day, but it was on a separate track and I did not attend it.

The next edition of the conference will be held in 2015 in the city of Vienna, Austria.