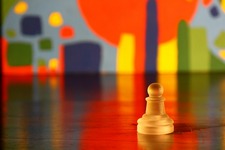 “(…) Essentially, OR attempts to find rational solutions for the relief of some organizational disturbance. But the discovery of a rational solution to a problem does not ensure its acceptance. An alcoholic will often admit, for example, that it is sensible for him to stop drinking, but this conviction seldom results in his reformation.”

One thing that surprised me is that authors have a concept of “OR team”: multidisciplinary group of people applying scientific method to management problems.  Before reading this article my concept of an OR team was a team consisting only of OR trained people. Quick search of multidisciplinary in Google Ngram viewer suggests that multidisciplinarity got popular after 1950’s.

” […] Both the Rand corporation and the Operations Research Office have engaged psychologists, sociologists, political scientists, and anthropologists for their staff.”

Can you imagine that today? How many anthropologists are in OR? I only could find one book about political science and OR and it is published in 1976.

I think we should understand more when we say OR is multidisciplinary.