What did I expect and what did I watch? Travelling Salesman (Movie) 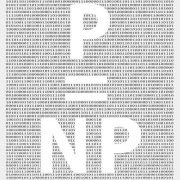 Note 1: This reading contains spoilers about the Travelling Salesman. If you do not read any comments about the movie, please keep your willing of reading this post after watching the movie

Note 2: I wrote this post after I had watched the movie; however I could not have time to check my writing. I hope it will not make you confused. If it is, please ask your questions as a comment and I will try to answer them

On Monday, 13th of August, I was at the world premiere of Travelling Salesman at New York City International Film Festival (http://www.nyciff.com/). The story is based on what if P=NP is proved and how to deal the consequences of this finding. For more details you can check the official web site http://www.travellingsalesmanmovie.com/. As far as I know, this should be one of the earliest movies relevant to OR/MS field. Therefore, I was very excited before the movie and I have tremendously high expectations from the movie since this movie considers our (OR/MS people’s) topics. When the movie ended, my first feeling was, the movie was very disappointing.

Initially, the writer is mainly trying to focus on the consequences of the findings that will change the world however, there is not any scene how the impacts are so powerful. Instead, possible and limited consequences are stated in words! I felt that as if I am reading the scenario instead of watching the movie itself. Moreover, these outcomes are discussed on the same scene throughout the movie; 5 nervous men around a table. Actually almost the whole movie is captured in the same room. I will not even talk about unrelated scenes about the topic. Consequences of this massive finding should not be captured like an art movie.

Second, the same things are repeated so many times. Since writer’s background is computer science, he focuses on how cryptology will be affected after the finding. Therefore, the complexity of the NP problems is presented so weakly, as if they are only related to computer science. Also, I guess the writer forgot or filmmakers cut the scene where travelling salesman name come from. In the whole film, any player did not say any sentence including travelling salesman or I missed that part.

Before watching the movie, as a teaching assistant, I was thinking to organize an event to watch this movie with freshman and sophomore as a part of lecture to show them how their professors or their future colleagues will deal with what type of problems in their research/business lives. Moreover, it would also help them to visualize problems.  But after the movie, my thoughts just became a dream for at least a couple of years more. If we suggest the students to watch this film, their encouragement to learn NP problems could never start. Indeed they may find it as a boring stuff.

I hope with powerful casts, one of the simple-to-understand but hard-to-solve problem, travelling salesman problem, can be represented to the audience more reasonable scenes, not just by words.

Last words, I don’t want you discourage about watching the film. I just want to warn you to lower your expectations about the movie.

P.S.: This post is mostly based on personal views. We would like to encourage you that, you can write any topics, feelings, and comments about OR/MS field in this blog. I would like to show this possibility and I hope it will continue that way. We are trying to create a community that shares anything that in their mind. If you have something in your mind to share, please do not hesitate to write it.  Maybe your thoughts are someone’s solution in his/her life